To do Quintas Quinta Alta

The presence of wine, in people's lives, is historically constant and appears in several ways: mainly to celebrate the victors; but also to make the losers drunk; to bless religious believers, to stain an offender's face; in the joy of a life that born, in the sadness of the absence of someone who has gone... And, very important: wine has followed the history of human kind since immemorial times.

In the case of Fernanda Zuccaro and Chico Santa Rita, they always enjoyed to drink wines of different origins, ensuring they had always some quality. (Important: good quality is not necessarily synonymous of high prices.)

By the end of 2016 Fernanda Zuccaro and Chico Santa Rita moved from São Paulo, Brazil, to Douro, Portugal. Such a radical change for a single reason: the passion for wine and Douro. Fernanda and Chico transformed their lives. From marketeers to winemakers in Douro. That was how Quinta Alta was born. From a dream, a goal and the determination to turn what they believed in reality.

Fernanda Zuccaro ended up demonstrating, in several situations, that she has a very developed sense of smell and taste, naturally prepared to define and qualify the various species and conditions of food and drinks. And, since always, her dream was to become a wine producer.

In October 2010, at the end of the election campaign of the same year, Fernanda Zuccaro and Chico Santa Rita decided they would make wine in the future. Chico was constantly worried and tired of Brazilian politics, always found a waste for Fernanda to dedicate herself to political marketing. I always said: you can be a better vintner than a marketer. And it was then that Chico Santa Rita asked Fernanda Zuccaro what she wanted to do and, she directly answered that she wanted to make wine.

It was on a rainy, humid, cold January that Fernanda Zuccaro met Douro and fell in love with it. Stepping into a vineyard, she said to herself, “This is where I want to live and die. I belong to Douro. I belong here.”

Having decided that she would be a wine producer in Douro, she now had to prepare for this. And that's what she did.

Every story has its hardships. And the history of Quinta Alta is no different. In mid-2018 Chico Santa Rita was diagnosed with Alzheimer's and mixed dementia. He still lives in Portugal under the responsibility of Fernanda Zuccaro.

In the cellar, stages a wine thought and made in his honor. From the old vineyards of Vinhas do Francisco, Zuccaro and Montenegro it was made a special wine. They made Quinta Alta vinhas do Francisco.

Fernanda Zuccaro fulfills and executes exactly what Chico Santa Rita and she agreed as a couple, as partners and, mainly as human beings, uncompromising defenders of life, freedom and happiness.

“Chico always said to me: ... one day Fernandinha I will need you to take care of me. You must get on with your life. You are half of my age. I did everything I wanted to do in my life. I lived fully and absolutely. And, for you, I wish the same. Fly Fernandinha . Fly. Do not look back. Hold Quinta Alta, its yours, you are a vintner. And move on. Make wines. Show the world your wines and your smile. I will always be somewhere to look after you.”

That's how Quinta Alta is. In a safe and pragmatic way, Fernanda Zuccaro goes, day after day, overcoming the adversities and difficulties and becoming an oenologist and wine producer.

The grapes of Quinta Alta are from their own. There are 10.5 hectares of vineyards divided into two farms: Quinta da Longra de Cima, in Baixo Corgo sub-region for white wines and Quinta Alta de Álamos, in Ervedosa of Douro, in Cima Corgo.

And it is in the heart of the Cima Corgo sub-region, in the parish of Ervedosa do Douro that Quinta Alta is located.

As Fernanda Zuccaro says “we are committed to the best of vineyards and wines in the world, so this is more than a work project, it is the project of my life!

There are 1.2 hectares of old vineyards with over 50 years old, which include a mixture of grape varieties, a characteristic of the old Douro vineyards. But we can identify the grape varieties: Touriga Nacional, Touriga Franca, Tinta Roriz and Tinto Cão.

Quinta Alta presents to the market from January 2020, its first line of wines: QALT composed of white, rosé and red wines.

Quinta Alta is a new force in the good Douro tradition.

It is the mix of the audacity of a Brazilian, Fernanda Zuccaro with Portugal, with the Portuguese people and with Douro. And, as she herself says “Today I am and I feel like a Brazilian from Douro”. 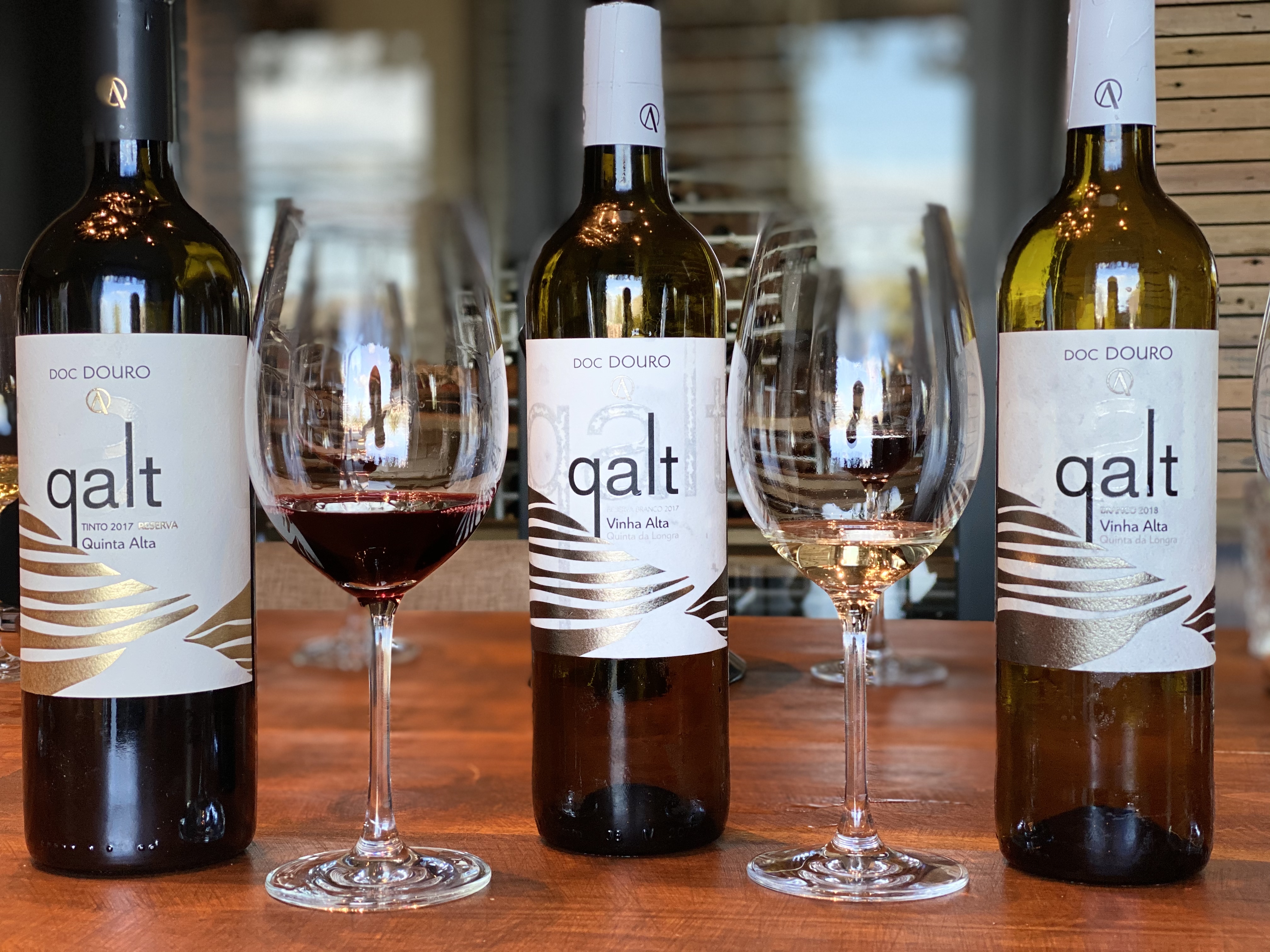