Among the valleys of the Douro River, near the left bank, in the village of Cambres, Lamego county, in the heart of the first Pombaline demarcation of the Region, is Quinta da Pacheca, one of the most prestigious and recognized properties in the Douro Demarcated Region. The history of the vineyard in this property dates back to the XVI century when it was a collection of vines that belonged to the Monasteries of Salzedas and St. João de Tarouca, as referred to in a document dating 1551. The estate is mentioned for the first time in a document dated from April 1738 where it is referred to as “Pacheca”, a feminine form of the family name Pacheco for being owned for a lady, Dª. Mariana Pacheco Pereira, an imposing woman who took care of the property by herself. One of the Pombaline landmarks remaining that were first used in 1758 to outline this first ever Demarcated Wine Region in the world by the Marquês de Pombal, is still preserved inside Quinta da Pacheca, right at the main entrance to the traditional stone tanks. These granitic stone marks were declared property of national interest in the 1940s. It was in 1903 that D. José Freire de Serpa Pimentel bought the property and began to work on the modernization of the vineyard and structures among which are eight granite stone tanks where red wines from Pacheca are still vinified, resulting in limited annual productions of special categories Douro DOC wines and Port wines. With around 75 hectares of own vineyards planted in the Humanity World Heritage, classified by UNESCO in 2001, Quinta da Pacheca has always been focused in the production of quality Douro DOC and Port wines and was one of the first in the region to bottle DOC wines under its own brand. It was in 1977 that the commercialization of DOC wines with the brands of Quinta da Pacheca and Quinta de Vale Abraão started, which vineyards still belongs to Quinta da Pacheca today, under the leadership of the pioneer D. Eduardo Mendia Freire de Serpa Pimentel who was the first in Portugal to produce white wines from Sauvignon Blanc, Riesling and Gewurztraminer. Nowadays, Serpa Pimentel family continues involved in the project with the fourth generation of the family. In 1995 Quinta da Pacheca officially began its project in wine tourism opening its doors for guided tours to the property and sale of its wines in Quinta’s store. The concept was developed over the years with other activities of relevant wine tourism interest and resulted with the opening of The Wine House Hotel Quinta da Pacheca in 2009, thus exploring another form of business and contributing to broaden the tourism offer in an increasingly sought region and recognized as a destination of excellence. A new cycle began in 2012 when the dynamic families of Paulo Pereira and Maria do Céu Gonçalves, partners with a long and successful record in international food and wine distribution, took the ownership of the project. The focus was clear, enhancing the quality of wines and invigorate the wine tourism. With its unparalleled singularity Quinta da Pacheca has become one of the most QUINTA DA PACHECA  visited estates in the Douro Region and has been consecutively awarded in wine tourism, example of this is the prestigious distinction of Best of Wine Tourism* in various modalities, and in its famous wines which have been receiving the most distinct awards.

Quinta da Pacheca ex-libris since 2009, The Wine House Hotel **** Quinta da Pacheca is one of the best-known charming tourism units of the Douro and has been the target of several national and international awards. Having in the vineyard and in the wine its inspiration and as environments, it is mainly oriented to gastronomic and oenological tourism combining modern and avant-garde image with sobriety and elegance. With a modern design but harmoniously involved with the original traces of an 18th century house, The Wine House Hotel keeps alive the spirit of the Douro evident in the furnishings and comfort provided by the 15 unique rooms in this building, where the wine and the vineyard are always present elements. Since 2017 living the wine and the vine in such a close way has become the purest reality. Quinta da Pacheca created the Wine Barrels, bold architectural projects of suites in the form of wine pipes, originally reinforcing the wine tourism offer. In an idyllic and romantic atmosphere with a landscape cut through the vineyards, the Wine Barrels provide a unique experience of contact with nature and with the monumental reality of the Douro Wine Region. Unparalleled moments of rest in a rural environment with all the comforts and the ones of most modern hotel units, you can experience these ten accommodation rooms set in the middle of the vineyards.

The restaurant of The Wine House Hotel**** is, in itself, worth a visit and an enriching gastronomic experience. With elegant, modern and sober decoration, the main room is designed to embrace the river with the view and to savor one of the best offers in the region. The varied and tempting menu respects the concept of traditional Portuguese cuisine and uses the typical products that the virtuoso Carlos Pires chef works with nearly divine inspiration. Each dish can be for sure accompanied by a Quinta da Pacheca wine that perfectly pairs the food and thus enriches the adventure of flavors.

The organization of events in Quinta da Pacheca is a reality that no one remains indifferent. Whether they are social or business, in a matter of leisure or business, Quinta da Pacheca has the perfect conditions for a successful event. The exterior and interior scenarios are idyllic and adaptable to the wishes and needs of our customers. The professionalism and experience of the employees will make all the difference in the event. The several classrooms are equipped and are fully adaptable to each situation.

Located in the heart of Quinta da Pacheca is our wine shop where all the wines produced by Quinta da Pacheca can be tasted and purchased, as well as other typical products of the region. Surely you will find here an excellent gift for yourself or for those you love the most 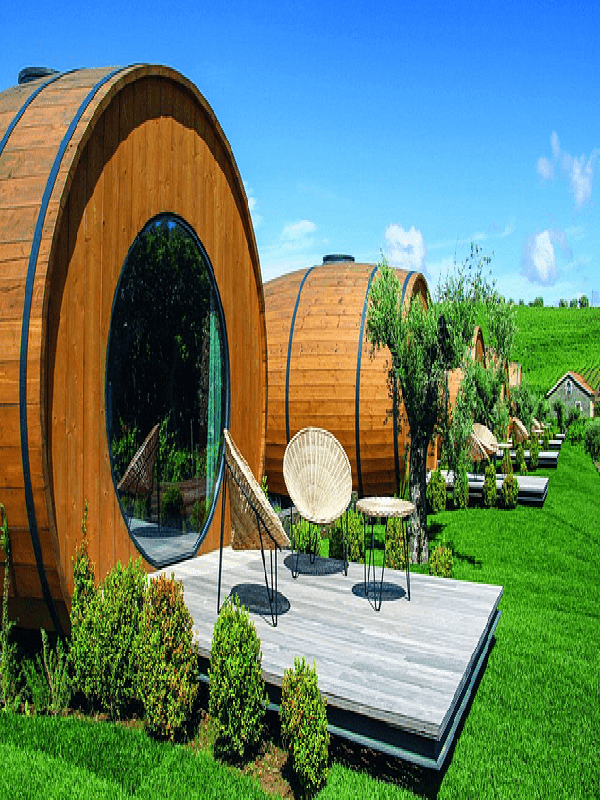