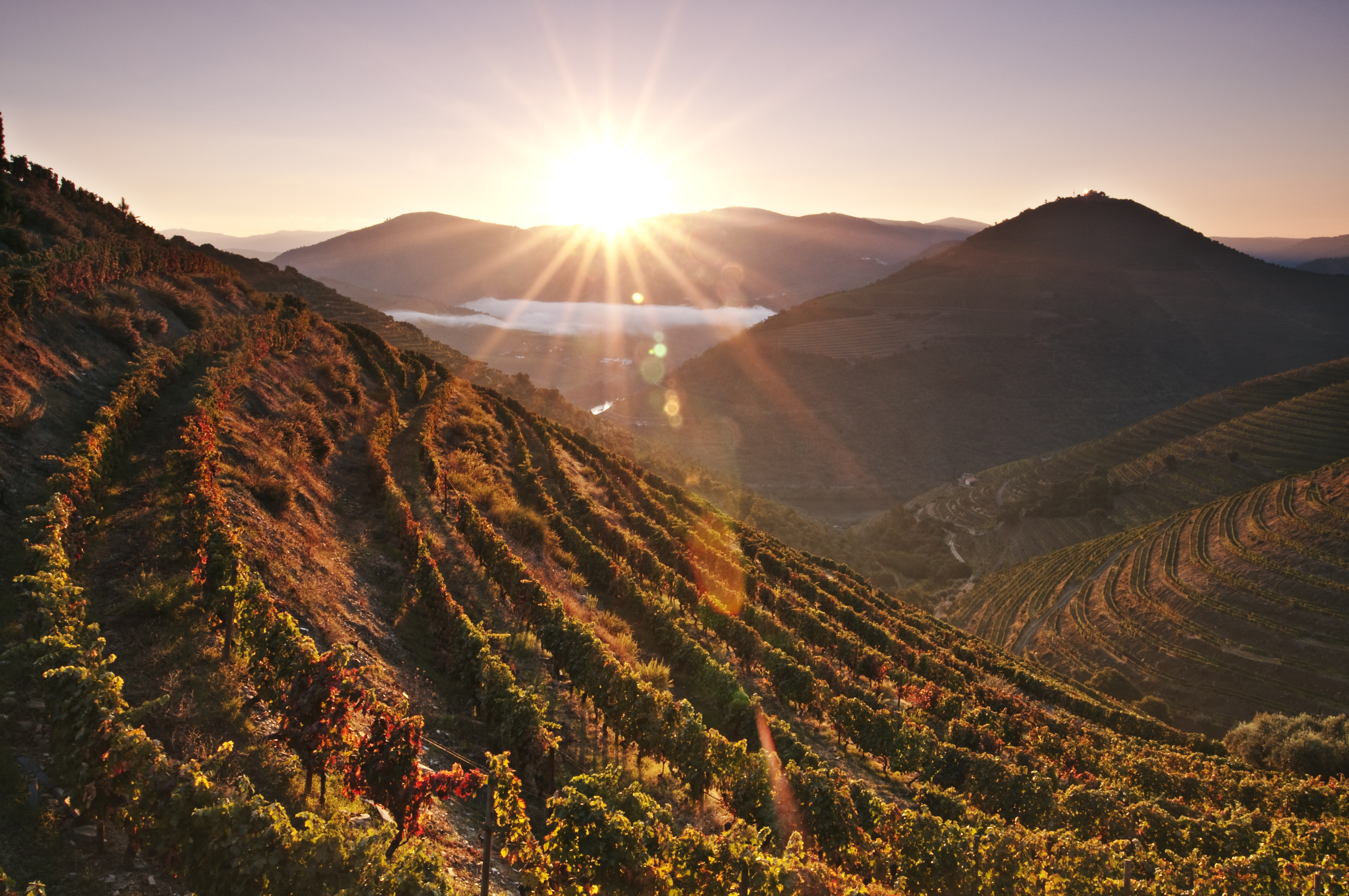 Why is the Douro such a special wine region?

Why is the Douro such a special wine region?

The Douro is the world`s largest mountain vineyard and its grapes are grown on slopes that often have startlingly steep gradients. With extremely low yields per hectare, this is the last major wine region in the world where the grapes are still entirely hand-picked. The cost of producing a kilo of grapes is consequently high.

Not only is the climate in the Douro extreme, scorching hot in summer and cold and wet in the winter, the soil is also poor. The vine, however, is a hardy plant that can thrive in regions where most agriculture is impossible. Despite these unpropitious conditions the Douro, home to Port and Douro DOC table wines, is now considered one of the world`s great wine regions. What is it that makes the Douro so special?

A huge mountainous area, the Douro spreads out on either side of the River Douro, the `golden` river which runs from its source in Spain across Portugal to Porto where it flows into the Atlantic Ocean. For centuries the Douro was remote and inaccessible, however wine has been made here since the Romans and, to this day, grape growing and wine production constitute the region`s economic lifeblood.

Produced from the end of the seventeenth century onwards, Port was the world`s first branded wine. The best grapes went into its production, with the economic importance of the Port trade acting as a disincentive to the development of table wines. In 1756, the Marquis of Pombal created the world`s first system of control of origin, demarcating the Douro area, and regulating cultivation sites and quality, thereby creating a long-term protective framework for the lucrative Port business.

Influential families, many of them English, established their `lodges` in Vila Nova de Gaia, the town on the banks of the River Douro which faces the city of Porto. The wine was transported from the vineyards down the river in flat-bottomed rabelo boats, aged in the lodges and then shipped to overseas markets, the most significant of which was England.

In the 1960s, a series of dams made navigation of the River Douro less dangerous. Then, in 1986, Portugal joined the European Union, benefitting from substantial funding for road infrastructure that opened the country`s more remote interior regions. Now more accessible, the Douro gradually began to catch up with the modern world.

New laws permitted producers to age and export their products directly from the Douro, rather than via the city of Porto. In the 1990s, the World Bank initiated a vineyard replanting programme and, in 2001, the Douro was listed as a UNESCO World Heritage site. New generations of winemakers began sharing information to produce quality table wines that were soon surprising the world. In terms of quality, the Douro had travelled a long way since 1956 when Fernando Nicolau de Almeida created the first Barca Velha, after studying oenology in Bordeaux. Port`s pre-eminence in local wine production was gradually being diluted, and tradition was giving way to innovation.

The world`s most extensive mountain vineyard, the Douro has more than 43,000 hectares under vine, over twice the area of the Napa Valley. The Douro is spectacularly beautiful, rolling in every direction as far as the eye can see. Many of the wine farms clustered around the lost-in-time villages include elegant houses. A growing selection of good restaurants, such as Castas e Pratos in Regua, now offer increasingly confident menus of contemporary Portuguese gastronomy to accompany the region`s exciting new wines.

Protected by four mountain ranges, the Douro is extremely hot and dry in the summer and tends to be cold and rainy in the winter. The western Serra do Marão mountain range shields this inland region from the wet Atlantic weather. Temperatures vary according to elevation, with the warmest vineyards located close to the river, and cooler growing conditions higher up that are better suited for making white wines.

The Douro has an unusually high number of grape varieties, all of which are specific to Portugal, with the exception of the Tinta Roriz, the equivalent to Spain`s Tempranillo. The star variety is Touriga Nacional, used in both Port and dry red blends. A couple of decades into the Douro table wine `revolution` the best winemakers, such as Dirk Niepoort or Jorge Serodio Borges, are now capitalising on the Douro´s extraordinarily varied terroir to make outstanding wines that are achieving top international rankings. Winemaking is not so often the slightly hit and miss affair which used to result from field blends, and increasingly a rigorous process that creates lighter and more elegant wines, with less pronounced oak.

With its three sub-regions (Baixo Corgo, Cima Corgo and Douro Superior), the Douro has a multitude of microclimates. The soil is frequently poor, covered in porous schist or slate that allows the vine roots to penetrate and dig deep in their search for water. These difficult conditions favour the most resilient grape varieties and the creation of the intense flavours that produce fine wine.

The steep slopes of the Douro are terraced to stabilize erosion and create the platforms on which vines can be planted. Not only is grape picking done almost entirely by hand, the cost of labour has risen substantially over the last generation and yields are low in this dry, hot climate. The cost of growing a kilo of grapes in the Douro is therefore high, an uncompetitive 90 euro cents, compared with 40cts in France or 30cts in Spain. With this high raw material price, it will be difficult for production of low value table wines to remain sustainable.

The Douro still has 21,400 grape farmers and most of these smallholders are very underequipped. As older farmers retire, and many of their children leave the land to seek better paid employment in the coastal cities, or in tourism, there will inevitably be a degree of consolidation and an increase in the efficiency of wine farms.

The Douro´s new generation of talented table wine makers is now facing a steep marketing slope which they must climb if they are to be successful in repositioning their wines. The market needs to perceive the true value of the best of these wines, reflecting their current outstanding quality, rather than a reputation for mediocrity that is no longer founded. The future direction for Douro wine is likely to be in the development of high-quality Ports and high-quality dry wines that can command appropriate premium prices, comparable to those of other leading wine regions.