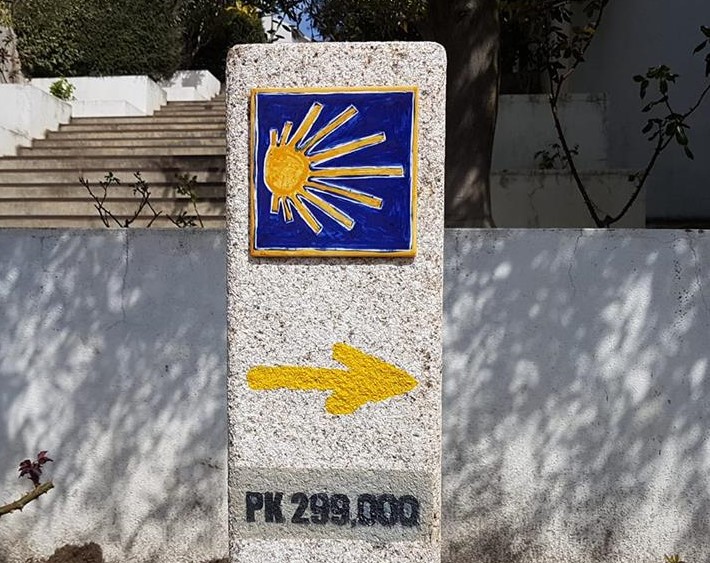 It was in the 9th century that a place of worship emerged in Compostela, built on the tomb of the Apostle James, assuming itself as one of the main pilgrimage sites of Christendom that intensifies in the Middle Ages and extends through several Kingdoms.

In Portugal, in the 12th century, after independence, devotion to S. Tiago assumed a high level within the kingdom.

Throughout the European continent there are paths and routes of intense pilgrimage, leading to the recognition of the “Caminhos de Santiago” as a World Heritage Site by UNESCO and as a European Cultural Itinerary.

With the passing of the years Santiago de Compostela continues to be an exercise and manifestation of Faith, but it assumes, in a very particular way, a cultural, patrimonial experience, a discovery of landscape, an adventure on trails and unevenness....

Challenge yourself on the Caminho de Santiago, in a Jacobeu year and follow the Variant “Coração do Douro”!

With the Douro as a company, there are two possibilities to go through the Caminho do Santiago:

The first option is part of the route of the Caminho Português Interior de Santiago that can be started in Lamego (28.8 km), goes through the city of Peso da Régua (3.7 km), Santa Marta de Penaguião (15.3 km), Vila Real (22.9km), Vila Pouca de Aguiar (24.8km), and continues to Chaves. Follow through the entrance of Spain, in Verin to Santiago, with an approximate distance of 310 Km.

For the Pilgrim's guidance, the path is identified with yellow arrows. There are 10 designated hostels, of which six are permanent. Their capacity is between 10 and 60 people. They have rooms, bathroom, showers, laundry, and other benefits.

A second route option to travel the Caminho Português Interior de Santiago with the Variant of the “Coração do Douro”. This route starts at the bridge of Pinhão village, with a total distance of approximately 300 km to Santiago de Compostela, with an average duration of 12 days.

The “Coração do Douro” Variant of the Caminhos de Santiago, stands out for the landscape of vineyards and vineyards, terraces and unevenness, in the words of those who have already done it “you live inside a postcard like no other in Portugal”, a cultural and heritage unique experience, after all the path that is a World Heritage Site goes through the same heritage in a perfect symbiosis of harmony and discovery. A reference to the gastronomy you may find along the way and the welcome of the people with whom you meet, the landscape and the friendliness of the people are in the opinion of those who have already done the route that runs the Douro Wine Region the “strengths” of this stage!

A final note: the Caminho Português Interior de Santiago mission is to make known the ancient medieval path of the interior of Portugal, in its fullness, contributing to the preservation and safeguarding of the historical and cultural memory of the Portuguese pilgrimages to Santiago de Compostela tradition.

Find out more about these options. We are sure that you will find a unique Douro, full of surprises and history and, above all, you will live an experience that we hope you will share with us!