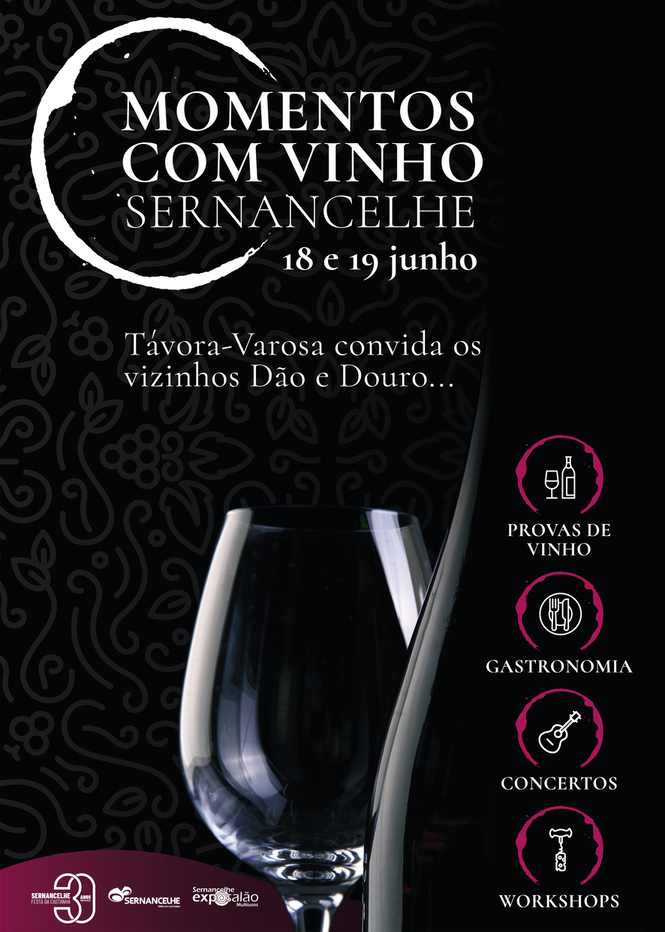 Moments with Wine - Sernancelhe premieres an event in June

"Moments with Wine" is the new event in Sernancelhe that will debut on June 18 and 19. The Távora-Varosa region displays its winegrowing exceptionality with a showcase for the wines  of the region and the neighboring regions: Douro and Dão.

Allied to a diversified program, which includes wine tasting and sales, the event's goal is to  converge three major wine producing regions in Portugal, under the slogan "Távora-Varosa  invites the neighboring Dão and Douro".

The Expo Salão Sernancelhe, a multipurpose pavilion, has about 2,000 square meters of  exhibition space, with the capacity to receive more than 10,000 visitors, where more than 70  wine producers will be gathered. The event will also include several moments of musical  entertainment - jazz, literature and lounge area - and four restaurant areas managed by  renowned chefs in the region.

Over the years, and taking benefit of the advantageous position of proximity to the rivers  Távora and Varosa and the climatic conditions of the region, the regions of Sernancelhe,  Moimenta da Beira, Tarouca and Lamego, have assumed themselves as major producers of  white wines and sparkling wines. Thus, very relevant brands were born in this region that  should be presented to the general public.

Armando Mateus, Councillor for Culture of the Municipality of Sernancelhe anticipates that  "Our wish is that in this event Dão, Douro and Távora-Varosa are united in the joint challenge  of creating a wine with the most emblematic grape varieties of each region, and who knows,  if this wine will not be the great brand of this first edition of the event "Moments with wine"."

A congregation of the wines of producers from the Távora-Varosa, Dão and Douro regions,  all neighboring, but each with its distinct personalities and specificities. One month before  the event, the dedication and passion for the region are felt.